Q3 2022 was a complicated and worrisome quarter for the economy and investors alike. Inflation is now officially red hot, and the Federal Reserve is determined to get it under control by raising interest rates.

Actual reported economic data for Q3 remained fairly strong. Growth in the giant service sector of the economy was offset by weakness in autos (parts shortage) and housing (higher interest rates on mortgages). We still have robust job creation and low unemployment. In short, the key economic data published for the quarter does not point to an economy in recession. However, the growing consensus among economists and business leaders is that we can expect the economy to enter a recession in 2023.

Ironically, good news on the economic front was bad news for markets. The Federal Reserve cited that too many areas of the economy are performing well, so they must continue their efforts to slow the economy down.

Markets are forward looking. Investors are bracing for an economic recession and driving stock prices down accordingly. Economists spend a lot of time trying to explain these downturns based on economic fundamentals, but in extreme market events, they throw up their hands because the fundamentals don’t match what’s going on.

The better explanation is that both bull and (today) bear markets are largely psychological events. Markets tend to overshoot the actual underlying conditions on the upside and (alas) also on the downside.

As an individual investor, your focus is best placed on the long-term rates of return offered through participation in risk markets. Patient investors, who accept the paper losses as a temporary blip in a long-term uptrend, will be rewarded when markets recover.

It helps to remember that investment risk can be reduced over time, and that short term volatility can be managed through widely accepted practices such as diversification, re-balancing, and investing according to when you need the money. These are some of the practices our firm employs as we integrate your investment strategy actively with your financial planning to achieve your lifetime financial goals.

Raising interest rates by the Fed will certainly slow down the economy – but when and to what extent is unknown because it takes a while for the economy to react. Economists today are engaged in a lively debate about whether rates have been pushed too high already, or still need to be raised higher to achieve the desired result of lower inflation.

Unfortunately, history shows that it usually takes an outright recession to beat down inflation, especially when it gets this intense. Fed Chairman Powell’s hope for a soft landing appears to be an exercise in wishful thinking.

The bottom line is that a global recession is forming on the horizon, with Europe and the U.K. more vulnerable to a downturn than the U.S. in the months immediately ahead.

It may be difficult to recall, but there was a mini rally early in the quarter driven by hopes that signs of a softening economy would enable the central banks to increase rates by less than had been feared. Then the Fed Chair Jerome Powell shattered this optimism by explaining that lower growth and softer labor markets will likely be the unfortunate costs of hiking rates to fight inflation, suggesting more rate hikes to come. His remarks sent markets reeling through the end of the quarter.

U.S. companies have been able to push higher employment and supply costs onto the consumer. There hasn’t been a huge hit to profits. However, investors expect profit declines in the coming periods and aren’t waiting for the news before driving stock prices down. Equities have been pushed lower in reaction to the Fed’s aggressive shift and in anticipation of a recession, both in the U.S. and globally.

Economic recessions, or the expectation of a recession, drive bear markets in stocks.  But stock markets tend to be forward-looking – meaning that with the expectation of a coming recession, markets have likely already discounted the price of stocks to some extent based on that outcome. Hopefully, with the S&P 500 off 23% since the recent high in January, a big chunk of the pain may be behind us. Similarly, history would suggest that markets are likely to begin to recover in advance of the official recorded end of a recession.

It is possible to peek over the horizon and see the day when inflation finally returns to its long-term norm, the Federal Reserve Board stops raising interest rates, and the economy recovers its equilibrium. There is no reason to think that the companies that make up the U.S. and global indices are now 20-25% less valuable today than they were last December–and, in fact, every reason to believe that the millions of people who go to work every day at those companies are continuing to add daily incremental value despite the pessimism of short-term traders.

The most important thing you can do as an investor is to be patient and avoid emotion-based decision making. As Warren Buffet once remarked: “The stock market is a device for transferring money from the impatient to the patient.”

In addition, working closely with your financial planner can be particularly valuable during difficult markets by helping to:

The combination of employing widely accepted risk management practices, keeping a cool head during periods of fear and uncertainty, and exploring opportunities together with your advisor during all market cycles is a powerful formula toward achieving your lifetime financial goals. 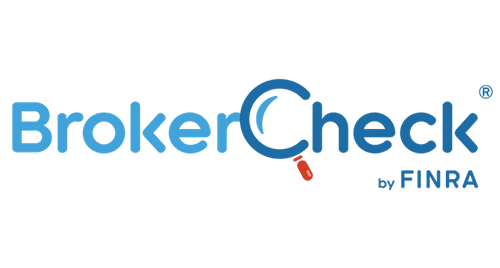